What is a Diaphragm Pump?

What is a Diaphragm Pump? 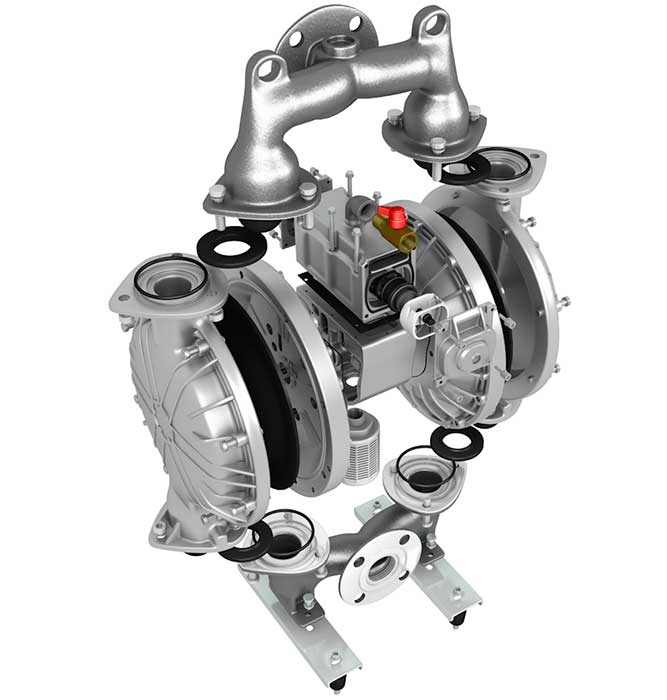 What is a Double Diaphragm Pump

What is a diaphragm pump? A Diaphragm pump (also known as a Membrane pump) is a positive displacement pump that uses a combination of the reciprocating action of a rubber, thermoplastic or PTFE diaphragm and suitable valves on either side of the diaphragm (check valve, butterfly valves, flap valves, or any other form of shut-off valves) to pump a fluid.

There are three main types of diaphragm pumps:

When the volume of a chamber of either type of pump is increased (the diaphragm moving up), the pressure decreases, and fluid is drawn into the chamber. When the chamber pressure later increases from decreased volume (the diaphragm moving down), the fluid previously drawn in is forced out. Finally, the diaphragm moving up once again draws fluid into the chamber, completing the cycle. This action is similar to that of the cylinder in an internal combustion engine. Diaphragm Pumps deliver a hermetic seal between the drive mechanism and the compression chamber, allowing the pump to transfer, compress, and evacuate the medium without a lubricant.

An elastomeric diaphragm can be used as a versatile dynamic seal that removes many of the limitations found with other sealing methods. They do not leak, offer little friction, and can be constructed for low pressure sensitivity. With the right material consideration, diaphragms can seal over a wide range of pressures and temperatures without needing lubrication or maintenance.